It’s sad for a young man such as Hiram T. How/Howe to lose his life, leaving his wife and daughters forever.  But, what a place to be buried!

A 16-mile driving tour describes the Siege of Vicksburg.  Along the way, there are many monuments.  The one at the right honors all the Union forces.

Hiram How was from Iowa, and there are many plaques and monuments commemorating Iowa’s role in the battle.  We found only one specific mention of Hiram’s unit, the 38th Iowa Infantry, and that was in the large state monument that was being refurbished.

It is probable that the men of the 38th Infantry were not otherwise thanked at this site, because they did not participate directly in the battle.  Hiram and his buddies may, however, have been responsible for digging some of the trenches and constructing bunkers on the site.

Vicksburg National Cemetery is located within the Vicksburg National Military Park.  There are nearly 17,000 Union soldiers buried here, along with veterans of the Spanish-American War, World Wars I and II, and the Korean Conflict.  It was closed to burials in 1961.

Grave of H. T. How
Photo by B. Sugden

Ron Vargason at the grave of his Great Grand Uncle

Corporal H. T. How is buried in the I section of the cemetery in grave number 7480.  His tombstone notes that number, his name, rank, and his state, Iowa.

Hiram died in 1863, and Vicksburg National Cemetery was not established until 1866.  As with many Civil War soldiers, his remains were moved here from an earlier resting place.

For more information about Hiram How/Howe and his role in the Civil War, click here. 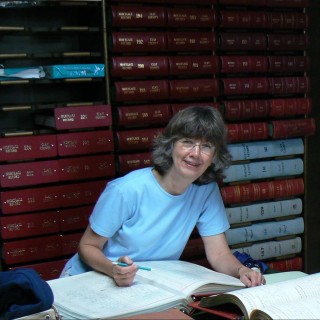 There has been much curiosity among current Vargason/Howe family members about their ancestry. I am enjoying the research that is revealing a family story that goes hand-in-hand with the history of the USA. Created primarily for the descendants of Uriah Howe Vargason, this web page may be of use to other Howe and Vargason descendants as well. In fact, I invite them to send along pictures, stories, additions, deletions, and corrections. There is a fair amount of misinformation about this family being presented in family trees, and I am making every attempt to locate and provide details that are accurate. Suppositions that seem to lead from facts, but which are undocumented, are labeled as such.